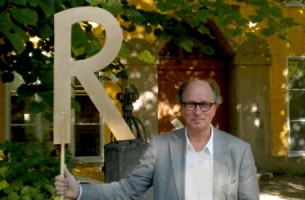 September 2015, Stockholm, Sweden. Tellus Think Tank wanted an insight into how the sustainability approach in schools can differ and met with Lars Benon, Headmaster of Enskede School. He is also former headmaster and founder of the  Global Gymnasium (Globala gymnasiet) in Stockholm which was built from scratch on a foundation of human rights. By Domi, TellusThinkTank, November 2015

Since the autumn of 2014 Lars Benon is currently headmaster of Enskede School, located in the Stockholm suburb of Enskede. However, his career started as a teacher and later as Chief Information Officer at WeEffect. Lars Benon was also one of the founders, and the first headmaster, of the Global Gymnasium on Södermalm in the center of Stockholm.

The Tellus Think Tank team finds Lars Benon’s career to have been very interesting;  first designing a school based on ideas and then taking over an 100-year old school with old traditions, is a special and unique combination. The red thread through the career of Lars Benon seems to have been to Human Rights and Sustainability!

Lars tells us about the Global Gymnasium

‘Gymnasium’ in the Swedish world of education, could be compared to an English Upper Secondary School or an American Senior High School. A gymnasium educates people between the ages of 15 and 20 years.

The group met with representatives of the City of Stockholm to tell the city what they where planning. The  city liked their ideas so much that it asked the team to open the school within the domain of the city.

The specially designed Global Gymnasium opened for students in 2004 and Lars Benon became its first headmaster.

The initial guiding human rights principles were soon broadened from “Education for a more equal society” to “Education for Sustainable Development”.  The school was placed within the city, in the middle of the densely populated island of Södermalm.

One of the first projects that the new pupils got to work with went under the name “The Glocal Project”. The assignment was to perform a life-cycle analysis on a product of the pupils choosing. The analysis showed:

The Glocal project often became an immediate eye-opener for the pupil, linking production and consumption with the unsustainable use of the resources of our planet.

The pupils of the Global Gymnasium were offered many possibilities that normal Swedish gymnasiums don’t provide:

The Global Gymnasium was early to advertise for a lunch chef with an interest in running an organic school kitchen. It was soon identified in the pre-planning of the kitchen that to be able to be sustainable the kitchen needed to serve organic and mostly vegetarian food.

The vegetarian lunch soon became a natural part of the pupils normal school day.
The few occasions that lunch contained either fish or meat were met by strong pupil protests because of the unsustainable food (note: due to transport, carbon- and methane emission surrounded by these foods).

After seven years, as the founding headmaster, Lars Benon left Global Gymnasium and re-entered the school world, first as a consultant and later as headmaster for elementary schools, with pupils from six to fifteen years of age.

Enskede School is located in the middle of one of Stockholm’s garden suburbs and was build over 100 years ago on ground that had previously been agricultural land.

The early inhabitants of Enskede initially experienced living in the countryside but as Stockholm has grown a lot since then Enskede is now one of the closest suburbs to the city. Up until the 1980’s, however, there were still farming plots and allotments on the grounds of the school.

The number of pupils of Enskede School has constantly increased. In the 1980’s the school annually educated about 550 pupils a year, to be compared to 2015 when the school educates about 1000 pupils with the help of a staff of 125. The gardens and allotments on the school grounds have had to be removed to be able to house more educational buildings.

Lars Benon, you have been the headmaster of Enskede School for just over a year. What was your first impression?

-There are many really capable pupils and well educated teachers at Enskede School. The pupils are mostly happy, healthy and have good parental support. The school also has a tradition of encouraging healthy living among the teachers.  When I first started I could see many inspiring pedagogical initiatives from many of the teachers, Lars Benon remembers.

Did you identify any challenges for the school during your first year?

-The school had many able teachers that worked individually with different inspiring projects but they were not coordinated centrally, Lars Benon says.

He further describes that the school lacked a common approach to pedagogics and learning and that pedagogical activities were not run from a common idea of practise or vision.  Lars Benon also describes the school buildings as not being properly suited for the activities of the school.

-During my first year we started a couple of improvement projects.

He tells med that the staff of Enskede School are very committed and tells us more about the projects:

Lars Benon tells med that currently all school staff is intensely involved with these improvement projects and running the school and education in parallel. He looks a bit worried about the school staff workload and explains that it is a vast amount of work that has to be handled. I understand him as he has an ambitious program going on!

How have you noticed the environmental policy of the city of Stockholm? And is it difficult to live up to?

The City of Stockholm is certified according to the IS0 14001 environmental quality system that demands for instance: a process for constant improvements, following environmental legislation and keeping track of the organisation’s impact on the environment.

Lars Benon says that he has not yet noticed much of the city’s environment policy. The most apparent directive has been that all the city’s school vehicles should be electrically powered. Enskede School, however, doesn’t own any cars.

Another directive from the city is that 25% of all food served at schools should be organic. Enskede School has no problem with living up to that standard.

How is Enskede School involved in environment work? How can this be noticed?

Work with sustainability within Enskede school is currently driven by individual initiative among the staff but really needs to be co-ordinated. However there is only so much a team can do at once. Lars Benon holds the improvement projects as a priority before moving on to focusing more on pedagogics within sustainable development.

Do you find that Enskede School currently distinguishes itself in any way in the areas of environment and sustainability?

Lars Benon looks as if he feels a bit guilty and says:

-So far Enskede School has not denoted itself especially but I would love to mention that the school has set a higher target for the amount of organic food than the city of Stockholm. The aim is to reach 40% and the school is already serving food with an organic ratio of up to 30%.

Lars Benon would love to see a stronger focus on Sustainability in the future, but first he wants the school to reach the goals of the ongoing pedagogical projects to take the schools pedagogics to the level where they should be.

Further, Lars Benon proclaims, sustainable development within a school with an already ongoing educational effort has to be run according to a process, one step at a time.

Does Enskede School have the prerequisites that are needed to work in more sustainable ways?

-Yes, absolutely! The best thing going for the school here is the strong commitment from parents, pupils and teachers. I would love to see the school kitchen and the cooking of school lunches become a part of the sustainability education. The school kitchen needs to become even more organically profiled and serve not only “healthy food” but “healthy and organic food” which demands a higher ratio of organic food products and the decreasing of food waste.

Lars Benon also believes that the school will introduce inter-disciplinary work, over school subjects, with focus on sustainability. The pupils could from a relatively early age start looking at the origins of their food, clothes and local prerequisites from a sustainability perspective.

Is there something you think I should have asked you?

Lars Benon tells med that he would have loved for the school to be involved in a manifestation on sustainability during the UN Climate meeting in Paris, Cop21, in December 2015. The school had plans to involve all students in building an ice sculpture on the schoolyard, under the leadership of a famous artist. When I meet Lars Benon, in September, the school recently had to discard this specific idea. However, Lars Benon hopes some other idea will be performed instead. It will be exciting to see what the school comes up with!

TellusThinkTank realises that every school has its own prerequisites when it comes to sustainability. The City of Stockholm’s support of the Global Gymnasium plus the fact that the city once again has hired a human rights and sustainability agent, that we can find in Lars Benon, seem like constructive steps in the right direction!

The Tellus Think Tank team looks forward to following the sustainable progress of Enskede School! We also probably share the same curiosity as You do, if there are any other schools in the world that distinguish themselves more in sustainability than the Global Gymnasium or Enskede School. Maybe you know of one, please let us know!

Next week Tellus Think Tank meets a representative from a distinguished University of Sweden, namely Sachiko Ishihara of CEMUS, a sustainability faculty of Uppsala University. Sign up for our newsletter and we will let you know when the article is published!