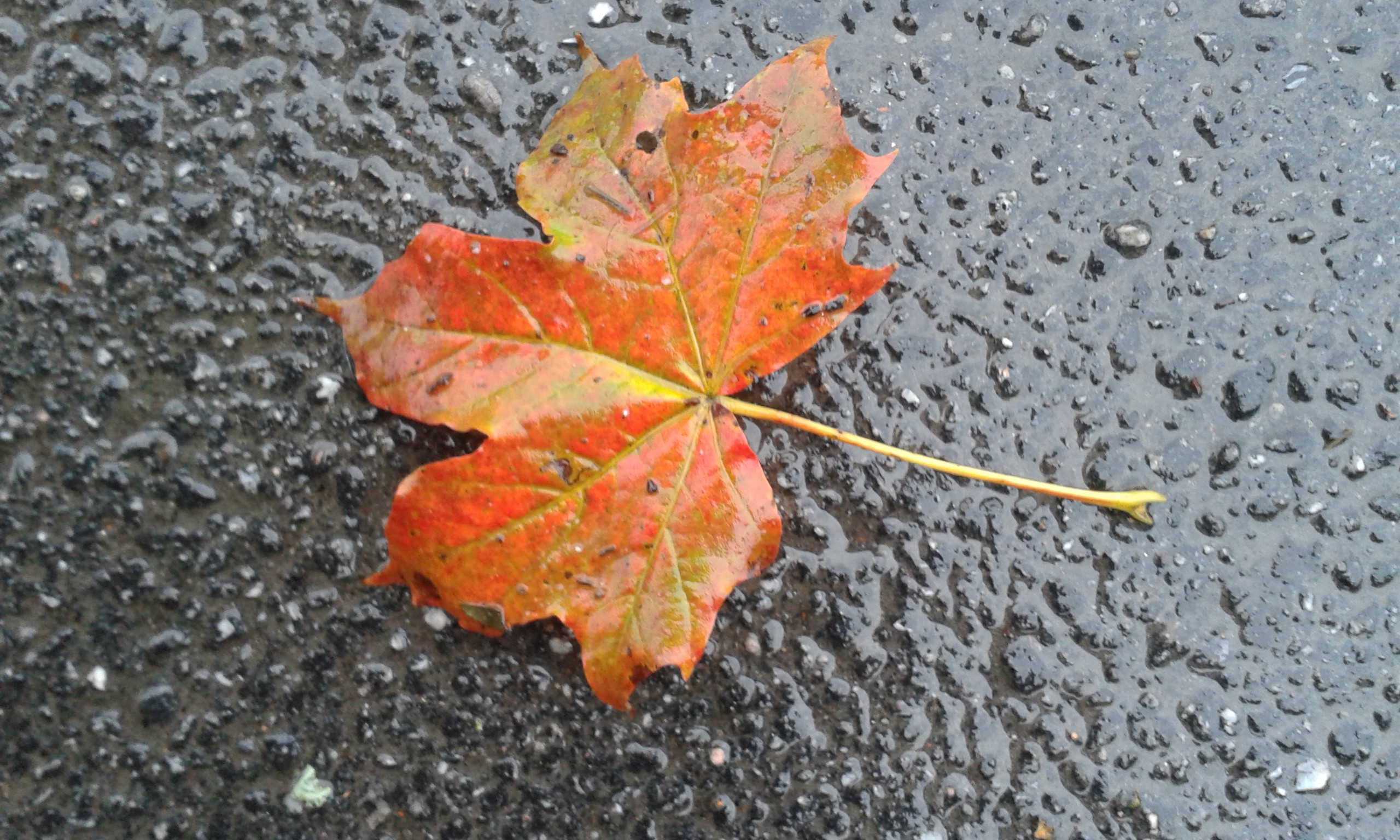 How is Earth doing? Many contrary impressions are given both from people in our surroundings and through different media channels. Let’s find out what is correct.
Domi, TellusThinkTank 2015-11-12

Stockholm November 2015. Outside the window a few leaves can still be spotted in the trees, soon about to join the thousands of fallen maple stars on the black tar sky. People are walking over them on their way to work, just as usual. There is however an important difference this year: the average temperature is 5℃ / 12 °F warmer than normal.

Tellus Think Tank has spoken to many different persons about sustainability and about the environment, a wide array of people from environmental specialists to urban farmers and to people like ourselves, that is people who don’t normally work with the environment.

It was in the conversations with the latter group, normal people in several different European countries, that we heard the same type of phrase:

-I don’t believe in Global Warming. The natural processes of Earth would have heated the climate anyhow, they said.

I am surfing the internet to try and find explanations and graphs for the warm weather of November. Even on the internet I find many different groups with contrary messages:

What is really true about Global Warming?
To get an answer to this question we turn to Niclas Köhler, expert on sustainable development, working as a communicator at the Swedish construction company NCC. With a background in journalism and biology he has been working as an environmental reporter for over 20 years. He lays it out for us:

-The Earth’s natural processes can be the cause of a certain variation in the climate but Global Warming that we are experiencing now is indisputably created by humankind, Niclas Köhler says.

Niclas Köhler continues to tell me that scientists were in disagreement/at odds during a period but today 99% of the scientists are in agreement. More than 800 scientists have written a report for the United Nations climate panel (IPCC – International Panel On Climate Change) about how the heated climate is a direct effect of the emissions from human activity. They are calling the phenomenon “Global Warming”.

What have humans done to cause Global Warming?

So, I summarise, Earth is in the beginning of a period of unusually high average temperatures and these temperatures are caused by human emissions. What kind of emissions are we talking about here?

Niclas Köhler tells me that scientists first believed carbon dioxide emissions were the main cause of the climate heating, but that they have now also understood the vastness of the methane gas emissions.

Carbon dioxide has always existed and is created when biological material is disintegrated / decomposed, for example when a tree falls down and starts rotting. When a new tree grows it instead binds carbon dioxide in its wooden fibers. De unhealthy carbon dioxides are created when we burn the so-called fossil fuels: diesel, oil, petrol and coal.

Niclas Köhler tells me that fossil fuels were created millions of years ago when biological material such as dead animals, brackens and micro algae sunk to the bottom of a lake, where covered up but not decomposed fully but instead were formed into a layer of, for instance, coal.

Since the start of the Industrial Revolution, in the beginning of the 1800s, the methane content in our atmosphere has doubled and the carbon dioxide content is not far behind.

What happens when the climate of earth becomes warmer as an effect of the emissions?

-There will be more action in the system, he quotes.

Niclas Köhler explains that heat is energy and that more action in the system means:

What signs can we see that Global Warming and its extreme weather is already taking place?

Many parts of the world have already been hit by the climate change extreme weather in form of heavy storms and rainfall causing major damage. Gothenburg is one city that experienced this.

Just recently the city presented a “skyfall model” to simulate different scenarios with heavy rain, with the urge to be able to plan for coming storms and soften the consequences. The scenario model tool is open for the public on the city internet, and when trying a couple of different scenarios one can see that the City of Gothenburg might be standing before some really major challenges.

I recently visited my English cousins and they showed me a picture from a helicopter tour over the Hoover dam in the US state of Arizona. The photo pictures a white layer above the water all around the mountains around the dam, showing where the normal water level used to be. The water reserves, meant for drinking and farming, are considerably lower than earlier.

Niclas Köhler also mentions similar problems in the neighbouring state of California. The inhabitants there are living in a permanent state of drought, causing problems with farming and drinking water resources.

NIclas Köhler also says that many European countries have felt the effect of the Global Warming.

The United Kingdom, for example, has been hit by heavy rainfalls. One spectacular example is “The Toon Monsoon” in the metropolitan area of Newcastle on Tyne, a city that has not earlier been hit by floods.

In Lonely Planet’s book “Morocco” by Paul Clammer a description can be found of how the Northern parts of Africa are slowly drying out. I remember a documentary in Swedish SVT’s show “Vetenskapens Värld” (World of Science) that showed how ten of twelve rivers had dried out in the Southern parts of Morocco and it had forced the inhabitants to move to the Moroccan cities.


I might be coming to some very fast conclusions, it is possibly drought in the middle east that is forcing its inhabitants to flee north to land areas with a cooler climate. Europe, is as it seems, very close at hand. The people of the middle east would not seek refugee in the south with even higher temperatures, would they? Thermometers in the Arabian peninsular show summer temperatures of almost 50℃ / 122 °F.

Summarizing: Humankind emits too much carbon dioxide and methane which leads to the heating of the atmosphere around Earth and is the cause of Extreme Weather –  drought, storms and rain that cause problems for farming, damage to infrastructure and the major movement of people.

And according to the scientists we are only at the beginning of this unnaturally warm period.

What can we expect from the future? Is there hope or is Global Warming the end of humankind as a species?

Currently Earth holds 7,3 billion people, according to the United Nations. This number of inhabitants can be compared to the one billion people that lived on earth at the beginning of the Industrial Revolution, only about 200 years ago. I ask Niclas Köhler if he sees any possibility of having so many people on Earth and at the same time living sustainably?

-Yes, we can [loooong pause] but we need to reconsider our life styles. We have a lot of technique and knowledge to our help but we really need to put it into practise.

He ascertains that humanity has had a fantastic development and economic growth built on access to cheap coal and oil but that we have used more of nature’s resources than nature has had time to re-create.

What hands-on arrangements do we need adopt, now that we need to reconsider our lifestyles?

Niclas Köhler talks about two groups of activities needed simultaneously. The first is to mitigate the risks and soften the damages of the climate change and the second is to  decrease emissions.

Decreasing risks and damages caused by climate change can for instance be activities such as handling the larger amounts of water expected in some parts of the world.

Niclas Köhler has some examples of what the building company NCC are working with and mentions a tunnel that is soon to be built under the Danish City of Copenhagen for Hofor, with the purpose of leading away excessive amounts of water and leading it out to the harbour.

In this context The Tellus Think Tank-team also brings the Emisor Oriente-tunnel to mind. The tunnel was built under Mexico City for the same reasons.

NCC has also developed a special asphalt that lets through water much faster than traditional asphalt. The company is also looking into how their residential building projects shall handle the expected increase in water, so that damage by dampness can be avoided.

We can do a lot of work with mitigating the damages but is is much cheaper and considerably less risky to work proactively to avoid the problems, Niclas Köhler says.

That is why it is more important to reduce emission. By reducing emissions the effects of Global Warming can reach a problematic stage, instead of the catastrophic level that we are heading towards now.

Use renewable energy sources and reduce beef in your daily diet, is the short advice that Niclas Köhler offers. He soon continues with an array of activities that could help us reduce the effects of the Global Warming:

So it is not too late to turn the Global Warming process around?

No, not yet but we really need to rethink how we live and decrease the use of fossil fuels and eating less beef. Change our lives and introduce hands-on activities as a way forward.

There are examples of other environmental problems where we have been very successful and changed a destructive trend. Niclas Köhler mentions the replacing of freons in our refrigerators letting the ozone layer around Earth regenerate. Another example is when Sweden successfully reduced sulphur emissions when burning fossil oil, which was causing acidification of Swedish woods and waters.

I thank Niclas Köhler for his pedagogical description of the present situation of Earth, and for sharing hope for the future!

Now that the Tellus Think Tank team understands a bit more about Global Warming we are wondering how this information is being spread in societies and we are also wondering what young people are being taught about it in schools today. Next we investigate how a Swedish school handles environmental questions and meet with with Lars Benon, who has worked as headmaster at several schools in the Stockholm region. Check it out!

Sign up for the TellusThinkTank-newsletter and we will let you know when new articles are available!