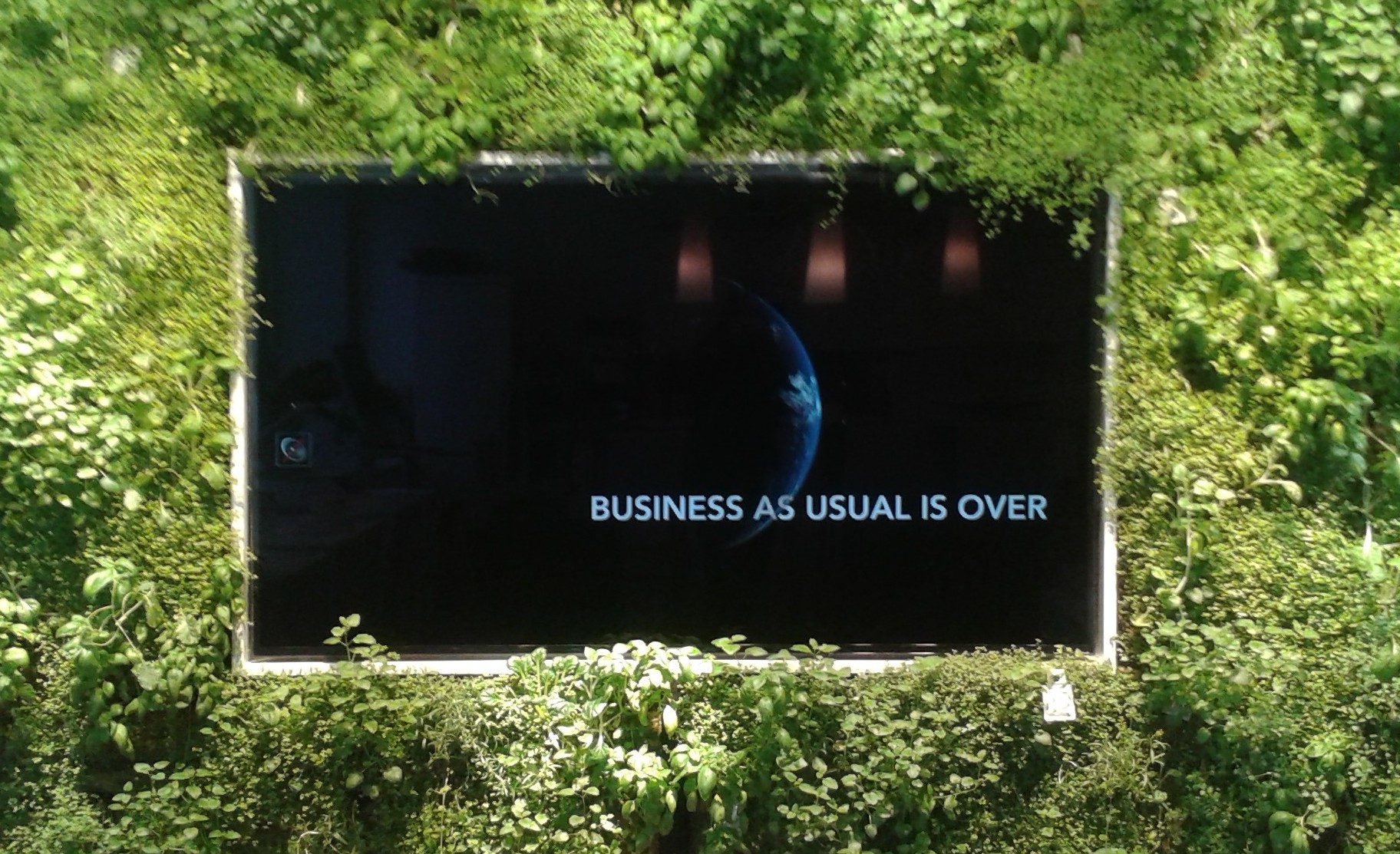 The sustainable city of the future needs to feed a growing population in a sustainable way. This is already a challenge! Swedish Plantagon is working on an innovative industrial scale vertical skyscraper farm, to feed cities of the future with leafy greens! Development is planned to start during the summer of 2016! By Domi, Tellus Think Tank, 4th of January 2016.

About: Tellus Think Tank aims at inspiring lives and communities to choose the sustainable and regenerative road towards the future by sharing good examples and ideas! We keep our eyes open to the problems and focus on ideas, best practises and solutions. We hope this article inspires you to ask your city council for a solution like a city vertical greenhouse!

The problem in short

In short, the population of Earth is currently 7,3 billion and is expected to continue to grow. Consequences of continued population growth, Global Warming and continued urbanisation are future strains in supply of food and water.

It raises the question: Will Earth be able to feed 10 billion people in 2050? Read more about the challenge here.

Global Warming and environmental changes on Earth have made societies ponder on how to move towards “smart cities” where several types of digital systems are connected to make life in the city more effective but also offer a higher quality of living to the city inhabitants. “Smart City” interconnected services that are often mentioned are transport and traffic management, energy, water, waste management but also innovative urban agriculture and Tellus Think Tank is therefore meeting with Plantagon.

Read more about the future transport systems of the future: Urban Foresight and the Mill-project

The food from a local city greenhouse becomes more affordable for city dwellers as costs for both food transports and middlemen are taken out of the production process. Plantagons innovative techniques to grow crops in sustainable ways aim to help boost production of sustainable food and save a significant amount of input of resources by harnessing resources like waste from other urban infrastructure – sustainable city thinking!

Plantagon has  first version of a greenhouse consisted of a large and spectacularly looking spherical greenhouse, which would have been a real eyecatcher in any city!

The innovation process has however moved on and the current idea being developed is an impressive 17 story building supported by an array of interconnected sustainable digital systems and mixing offices with food production!

Produce from the vertical greenhouses of Plantagon

Sepehr Mousavi, Sustainability Strategist, at Plantagon tells me that the greenhouse will initially produce foods like herbs and salad such as Pak Choy, kale, lettuce, spinach, parsley, basil. Sepehr calls them leafy greens.

The running cost of the growing process is very lean indeed and able to run on a staff of three persons, not including staff for transports or building repairs or maintenance.

Plantagon estimates show that their latest developed, but not yet built, greenhouse will probably produce as much as 2 tons of leafy greens, salads and herbs, a day! This is enough for the annual needs of about 25 000 persons, based on the average consumption of leafy greens in Sweden.

Horticultural aspects, techniques and inventions for the sustainable city of the future is found in Plantagon’s vertical greenhouse

There are a lot of aspects to be taken into consideration when building an effective horticultural system with the ability to produce a large amount of leafy greens on every day of the year. To make the system as effective and sustainable as possible the greenhouse is designed to be a closed system, not letting unmonitored air, water, nutrients, energy or waste in or out of the building.

Not soil. Instead of soil, the plants will be planted in Icelandic volcanic pumice. This material gives stability to the

roots and plant, provides some nutrition in form of different kinds of minerals and allows the roots to build up pockets of oxygen needed for the photosynthesis process. Other, more pure, Hydroponic solutions on the market today lack providing protection from the flow of the water so that the oxygen pockets around the roots needed are washed away. The pumice is believed to be in use for upto 10 years, before it has been grinded by the daily greenhouse process to become too smooth to be able to support the plants. Before using the pumice it has to be disinfected, which is done in special microwave ovens.

The pots. The specially designed and copyrighted uPOT to be used in the vertical greenhouse, is another of Plantagons inventions. The pot is expandable and will grow in diameter as the plant needs more space. The pot is one of the solutions that makes if possible to avoid replanting the crop during its 5 week growth process.

Spiraling road of growth. The plants and seeds are initially planted in their pots at the ground floor of the greenhouse and then sent up to the top floor in an elevator that runs up and down the back wall of the greenhouse and then pushed onto the slowly, downwards spiraling and moving band, called the helix. It will be the plants home during 4-5 weeks. When the plant reaches the ground level again it is fully grown and ready to be transported to the local shops or even sold in the greenhouse shop.

This short film shows a model that has been built to visualise the 4-5 week spiraling path of the plants on the helix. Film: AnnVixen

The temperature of the greenhouse has to be constant all year around and needs to be monitored and adjusted. The

glass walls of the building is based on a bi-glass-wall system that Sepehr calls a “double-shell façade”. The correct temperature air is sent in the canal between the two glass frames from the bottom  and then blown to the top of the building. The air gathered at the top is fed into the air conditioning system to either cool or heat the greenhouse or offices, when needed.

Sunlight or not. The most effective way of growing leafy greens, according to Plantagon, is by providing sixteen hours of continuous daylight and leaving the plants to rest in darkness during the rest of the day. The greenhouse will be kitted with pink-led-lamps as a sun-supplement to be used when needed.

Symbiotic system of water, waste and energy. The water, electricity and waste of the greenhouse will be interconnected in a symbiotic system, involving the local biogas plant and the local energy power plant.

the energy that the greenhouse produces from its geothermal bore-holes can be sold back to the local power plant. The Plantagon greenhouse has a lot of possibilities to be a “smart building”!

An automatic ordering system. Buyers of the leafy greens will place orders in an ordering system so that the demand for the salads and herbs shows if further marketing is needed in new geographic areas and so on.

Smart systems. Sepehr tells me that the greenhouse can hardly work without supplying smart systems, ICT-systems, to monitor heat, lighting, cleanliness and PA-levels of the water, the amount of nutrients, need of energy, the surplus of energy, the redistribution of carbon dioxide from the office part of the building with the oxygen from the greenhouse part of the building and much more. According to one of Plantagons alliance partners, Sweco, this is one of the most complex projects they have ever worked on, and one can understand why!

Read more about Plantagon and the first greenhouse planned to be built in Swedish Linköping in 2016 here!

Next week: Tellus Think Tank will share an alternative way of living, small living, in tiny homes – something for you? Read more next week! Want a notification of when the article is available, click here!