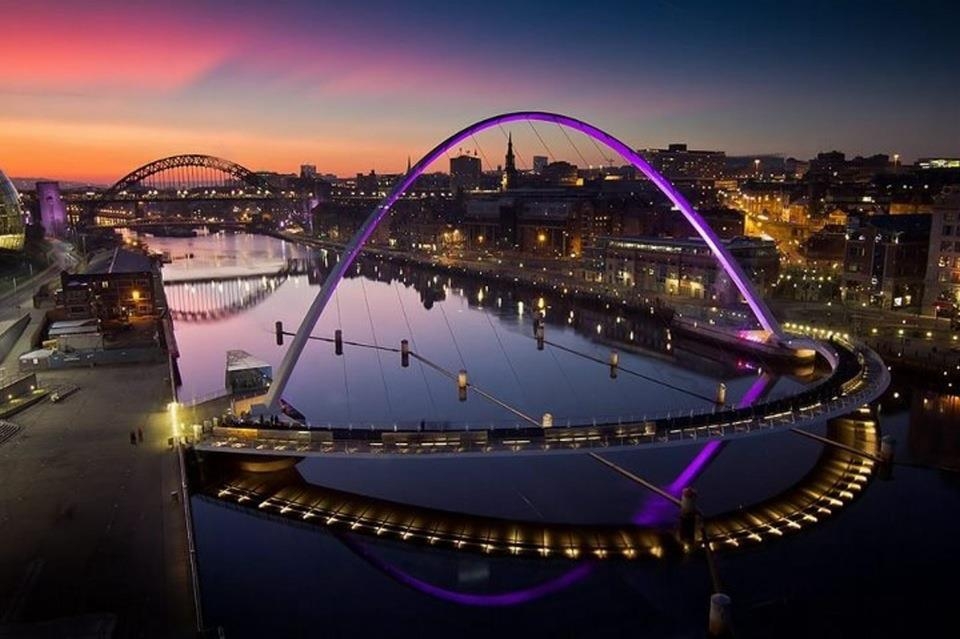 Childhood memories of Newcastle on Tyne, from two generations

Introducing Newcastle upon Tyne’s transformation from a traditional industrial region towards becoming a modern, successful and sustainable urban area. This is the first of four publications on the development, organisations and business in Newcastle upon Tyne, all with focus on a sustainable urban future. Text: Domi, TellusThinkTank 2015. Featuring photo: David Thomson.

As a child I would visit Newcastle where I have a dear family on my mother’s side. It was always like entering another, and very different world, compared to the rather quiet suburb of Stockholm that I grew up in.

The first thing that would hit me was the smell of the coal fires; all houses were heated by coal in those days. The feeling it brought was an entangled one of love and fascination, of the soon familiar, coal dirt.

Also read: The University of Newcastle upon Tyne – innovations hub for sustainability in the urban future

Newcastle and Wallsend upon Tyne and the surroundings were to me always myth stricken as my mother’s reality based bedtime stories covered the daily life in her childhood, Charlotte street, gathering shrapnel after the night’s bombing during the Second World War, the mothers running the household and keeping family culture alive.

The fathers were working in the shipyards and mines during the day and on duty as Air Raid Wardens at night. The dancing and happiness of the British people when the Second World War ended!

The history of the area runs all the way from a native population to the Romans (who built Hadrian’s wall), the French and the Vikings (the later mainly represented by the Danes) to mention a few.

When I walk the streets of Northern England and Scotland I sometimes play a secret game of ”what-people-the-person-passing-me-on-the-street-might-be-descendant-of”. I could, probably in vain, point out a Roman descendant on Newcastle’s Northumberland Street any day of the year!

The people of Newcastle found, maybe as early as the 11th century, that they were living upon a huge amount of the natural resource of coal. “Kitchen-mines” might have been some of the earliest kind of mines where residents dug pits in their own kitchen floors to supply their homes with coal heat and cooking fires!

Later mining was expanded to the countryside and riverbanks and coal soon became Newcastle’s main export commodity. The need to move the coal combined with the closeness to the sea lead to the development of the Newcastle shipbuilding, which took off in an engineering sense and played an important role in Newcastle’s part of the Industrial Revolution at the beginning of the 1800s.

Shipbuilding, the engineering of freight ships, shipyards and repair dry docks were very important stepping-stones to the prosperity of Newcastle and the Tyne area.

During 1970 – 1990, when I was still a child, and in awe by Newcastle’s bustling, friendly and canny ways, the industry started slowing down. The densely populated Newcastle and northeast bank of the river Tyne, Northern Teesside, were challenged with unemployment as the coal- and shipbuilding industries phased out.

The Newcastle’s Councils initially offered inhabitants employment in government and council schemes. However, this not being a sustainable business model they soon in parallel started cooperating with researchers at the University of Newcastle when developing the urban area and business.

During the years the bond between the greater Newcastle’s councils, jointly representing 1.7 million inhabitants, and the University of Newcastle has helped develop the area from an industrial region and commence the journey towards,  a hopefully, successful future urban region.

The cooperation between university, researchers, council and entrepreneurs seems at a first glance to be unique and will definitely give the North East of England a good chance of entering the future in a prosperous way. Read more about this is in Tellus Think Tank’s next three articles where we met with the University, the City and a company, all focusing strongly on sustainable futures in different ways.

Read Tellus Think Tanks first article about Newcastle upon Tyne: The University of Newcastle – UK innovations hub for sustainability in the urban future!