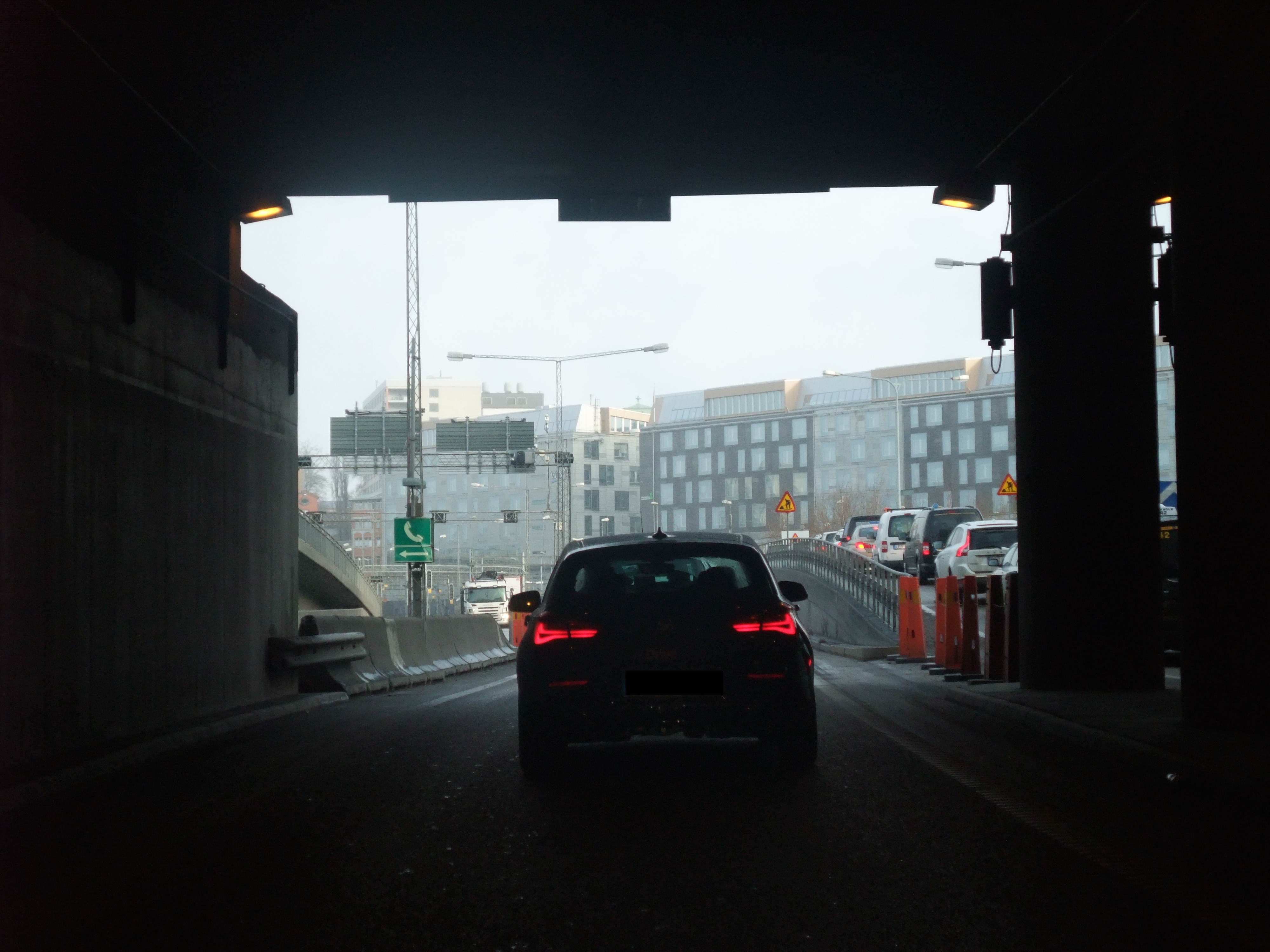 More inspiration on moving lives and communities of our planet into sustainable boundaries!

What is the big deal with autonomous cars?

Self driving autonomous cars may seem weird or scary to some and inspiring and exciting to others.

Imagine some of these scenarios of what could be possible for the future of transportation – when only self driving autonomous cars are in traffic:

I hope that these scenarios give an insight as to how important electrical and self driving cars are – and what all the fuss is about – they will shape our future way of living.

So what is being done to move society towards the traffic of the future?

Is the car industry on track to making the future happen?

Many of us have heard or read about the Google Car trials in fair weathered Mountain View in California. In my online research I find that Google is also performing trials both in the hotter climate of Austin in Texas and in Kirkland, a suburb to the rainy and snowy city of Seattle in Washington state – all three trial areas are found in the USA.

You might also have read that the United Kingdom is requesting that Google Cars are introduced to trials in the streets of London.

Exactly how Google is planning to commercialise their car trials is not clear yet however John Krafcik, former CEO of Hyundai and TrueCar and by some called a “car guy”, was recently recruited to the role as CEO of Google Cars.

I turn to Swedish run Volvo Cars as they are planning the largest real customer trials with 100 autonomous cars running on real streets in the urban area of Gothenburg, Sweden.

Taking the seven scenarios of self driving cars into consideration Marcus Rothoff must currently have one of the coolest jobs in the world – Autonomous Driving Program Director and head of  implementation of Volvos self driving cars. He smiles and nods in agreement and humbly says it is very inspiring to be able to work in an area that might just change the way we live in the future.

Online rumours say that Apple are doing something too, as they are hiring one thousand engineers in the area of autonomous cars, but nobody seems to know exactly what they are up to.

The eight scenarios above of fully autonomous traffic is still far away. How far down the autonomous track will the first cars on the market reach?

The Swedish DriveMe trial is a project built on a unique collaboration between parties that CEO of Gothenburg City, Lars-Bertil Ekman, calls academia, industry and community.

Marcus Rothoff is also Götethe project manager of the DriveMe project and plans to be placing 100 self driving cars on trial on the streets of Gothenburg in 2017.

-The city of Gothenburg is participating in the DriveMe-project as we want to remove the overpowering amount of cars from the city core, says Lars-Bertil Ekman.

We want to find better parking solutions for the city and clear public spaces such as streets and squares from cars and make them available to bicycles and pedestrians which will make streets more lively. Read more about this urban trend: Stockholm turns traffic pyramid upside down.

Lars-Bertil talks about keeping cars in the city center but adjusting parking to the pre-requisites of the autonomous self driving cars. Autonomous cars could be packed tighter than today in buildings with lower ceilings, less lighting and wouldn’t need to be located in the very centre or even above ground as humans would very seldom would be entering the parking building.

Lars-Bertil’s parking vision for the city is still far away though, especially as the DriveMe-project will initially not be running cars in self driving mode in the city but rather on the motorways.

Volvo Cars asked drivers what part of the driving they liked the least and would wish to be rid of. The almost unanimous answer was commuter driving in queues to and from work. The DriveMe-project is therefo

re focusing their first autonomous trials on motorways so that drivers can do other things when travelling.

Marcus and I engage in what happens when the human driver hands over the control to the car. Marcus says it has to be very clear who is in control and that there should be no unclarity here, either it is the driver or it is the car. The biggest risks are when handing the control back and forward it seems. Marcus gives me a morning scenario:

“You get in your Volvo and tell the navigator your destination and start the drive to work. You manoeuvre the car up on to the motorway where you ask the car to take over. It considers circumstances like weather, reported traffic incidents and checks that the road is equipped with a barrier between you and meeting traffic and then takes over. The car informs you that it would like to give the control back to you in eight minutes which gives

you a two minute margin to take over before you arrive at the motorway exit by your workplace. During these eight minutes you pick up your computer, read, send a few emails and are ready to take back the controls when the car says it is time”.

I ask what happens it the driver doesn’t take over when the car requests to hand back the control and learn that the car then goes into “safety mode”. The car manoeuvres itself to the closest safe parking space so that you can take over the controls again when it suits you.

This gives you time to finish sending your emails or your phone call.

Volvos first autonomous self driving cars will be Plug-in Hybrids with an electrical range of 40 kilometers, the fuel part will be petrol fuelled. Marcus says that most people have their workplace within 40 kilometers of their home. It will also be possible to choose when to run the car on the electric drive or petrol.  All Volvo Cars are built on fuel efficient 4-cylinder engines since a couple of years back and have even won prizes such as the Volvo SUV that was appointed SUV of the year in US, 2015.

The trial, where Volvo will lend 100 real customers a self driving car, will be running on real streets in the Gothenburg region from 2017. Marcus says it is important that the 100 trial drivers use the cars differently but frequently so that as much data as possible can be gathered during the trial period. Google Cars already communicate having 1 million miles of test data.

safe self driving car possible and the trial itself is considered to be a period to gather evidence that the car is really safe.

We hope to have the first self driving Volvo cars on market by 2020! Says Marcus Rothoff. And 2020 is also the year that Volvo has set as a goal for their vision of zero lethal accidents in a Volvo car which I find to be a very inspiring goal, lets hope they make it!

Often when talking about the development of the future we understand that by mixing disciplines we can go much further than if we did not – read about Plantagon – planning  Urban Farming of the future.

When introducing self driving cars on roads they will not only be self driving at times but guided by information from a central traffic system.

The high complexity of multiple disciplines when introducing self driving autonomous cars and developing the traffic systems of the future is a very good reason for this not to be an area solely developed by car manufacturers, or only by men (which is often the case today).

The most challenging period is still ahead. It will be when two traffic systems (manual driving and autonomous driving) have to be run in parallel. The current traffic system is based on humans driving cars with guidance from signs etc. In parallel autonomous cars will be on the street, not needing street sign guidance, but will have to deal with them too. Double systems will mean double costs for a period. Driving might first become more expensive before it gets cheaper. Hopefully society can make a fast transition by phasing out “the old system of manually driven cars”.

Watch film on the coming autonomous self-driving cars by Volvo

The DriveMe project, as Lars-Bertil Ekman told us, is unique. There are many parties cooperating in developing a future traffic system for the Volvo self driving cars. The Swedish Transport Administration, one of the parties, is also involved in both national investigations and an international cooperation with the purpose of laying the foundation for future international traffic guidelines for autonomous self driving cars.

Another party involved in the DriveMe project is Chalmers University of Technology that runs about 20 sub projects with articulately defined deliveries, fitted in size to fit PHD students heading towards a doctor degree.

We have seen that cooperation between community, industry and academia can be very successful – check out the four Tellus Think Tank articles on Newcastle – which makes me believe that the Volvo DriveMe project will be laying some very important parts for the foundation of the traffic systems of the future!

Next week: We start an investigation on organic food, first talk will be with a passionate breeder of pigs, if your are interested in what you are eating you might find this article interesting!
Click here to be notified when Tellus Think Tank’s next article is available – investigating inspiring sustainable happenings around the world!